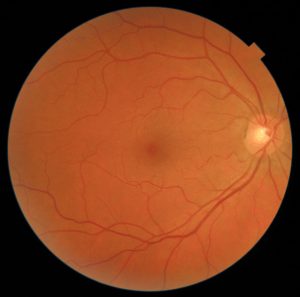 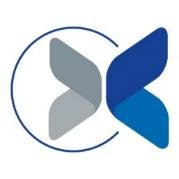 Diabetic Retinopathy (DR) is the leading cause of vision loss in adults aged between 25 and 60, with a recent study estimating that the number of people worldwide with DR will grow to 191 million by 2030. Elsewhere, it has been estimated that the cost of DR to the UK economy will reach £97,000,000 by 2036. When DR is caught early, treatment is effective at reducing or preventing vision loss and while a very small number of countries have national screening programmes for DR detection in place, they are not commonplace and are costly to run.

In-line Diabetic Retinopathy (IDRD) is a light weight Computer Vision and Artificial Intelligence solution for detecting the presence of DR indicators in retinal images on-the-edge, in the specialist fundus cameras that take these images. The solution has been developed around the Intel Movidius Myriad2 Vision Processing Unit (VPU), which pre-processes the retinal images using its on-board image filtering capabilities and then applies an Artificial Intelligence Convolutional Neural Network (CNN) to assess the retinal image for DR indicators. The solution has been designed to assist ophthalmologists to accurately and consistently evaluate and diagnose DR. Ubotica are working with fundus camera manufacturers to introduce IDRD to the marketplace by 2021.

A significant challenge in the deployment of AI based solutions is in the supervising of decisions of the CNNs which are at the core of these systems. Through the FED4SAE program we are working with fortiss to integrate their Neural Network Dependability Kit (NNDK) into IDRD. Among other features, it supports neural network (NN) verification to ensure the results do not lead to undesired behaviours, test-case generation and quality metrics computation to increase model robustness, and runtime monitoring to check if a decision of a deployed model is supported by the training data. In this way we are introducing a level of confidence to IDRD that heretofore was not possible, giving us a credible Verifiable AI element to our offering. In addition, working with our FED4SAE partners fortiss, Intel and Blumorpho has had a very positive impact on both our technical and business capabilities.

Deploying our IDRD solution in fundus cameras will significantly enhance the role of both the cameras and the ophthalmologists who use the cameras in the eye care paradigm, with further advances anticipated with the introduction of detectors for other pathologies, such as Glaucoma and Hypertension, all based on the same underlying hardware. With the integration of the NNDK the product offering has been significantly enhanced, with its supervisory role on the decisions being made by the CNNs delivering a significant benefit to the integrators of IDRD.

Scroll to top
We use cookies to ensure that we give you the best experience on our website. If you continue to use this site we will assume that you are OK with it.Ok